The year is 2050, Earth doesn't look like a blue dot from space. The scientists were correct. Climate change was real. Being correct and real were not sufficient motivators for humanity. Just like the frog in boiling water, humans were not able to understand what's happening. Maybe if some alien species from space warned us, it might have made a difference, because we ignored the species living alongside us for millions of years. They are all extinct now. We don’t have to invent fancy names for Pokemon anymore.

The project Mars was our last hope. It gave moral justification to powerful people to exploit Earth. They can abandon Earth and go to Mars if it gets out of hand. This strategy soon vanished when Elon Musk was assassinated on stage by Tesla drones. Some experts linked it with oil moguls. The advancements in sustainable energy especially Electric Vehicles disturbed some people. Oil was fuel for their power too. This happened just before Tesla was about to launch eclectic flights which could have been the final piece of the transportation puzzle. The power dynamic shift was too fast. Conveniently, soon after all this, reports of how battery manufacturing was not healthy for the planet started emerging. The momentum for EV was lost within a few years and everyone went back to fossil fuel.

Glaciers are just occupying our wallpapers collection, not physical space on Earth. Australia lost the title of the continent, it’s just an island now. Atlantis is no more in our imaginations. There are a lot of cities underwater. Oxygen is a rare entity. Elite Club members have oxygen gyms where it’s okay to breathe without the oxygen mask. Aged people flaunt in front of their grandchildren as to how they have seen forests in childhood. Svalbard Global Seed Vault is just a graveyard, it has seeds but no environment to bring life out of those seeds. People with excessive money spend a few days in space to escape hell. The green Earth is now just a game to be experienced in the metaverse.

AI models predicted the climate disaster in 2040. But it was late by a decade. Scientists said if they could have this prediction back in 2025, all this could have been avoided.

In all this chaos, few anonymous people were working on Project Oppenheimer (referred to as Project O). No one knew who all were involved in this project but some reports said it consisted of a select few powerful people of Earth. The founder and CEO of the companies that are now bigger than governments. In order to minimize the influence and bias, everyone on this project was anonymous and had a code name.

The core idea was to invent time travel and warn our past selves. The technology for time travel is possible since 2030 but there’s just one catch. You can not travel back in time and tell anyone about the future. This will shift the timelines of Earth and will put it into another reality. It would not be a controlled experiment anymore as per group members of Project O on which no one knew would be the outcome. One member of Project O shared a radical idea. If believed, this idea is so novel that it will change the fate of the planet and initiate a chain reaction.

It was presented by a person codenamed Satoshi Nakamoto under the title “Bitcoin”. The idea will make the whole world one, financial power will shift to people and Earth will be one democratic planet. Only a few members rejected the idea. They were desperate to try anything to save humanity. So Satoshi travelled back in time to 2008 to publish this paper anonymously (remember the only rule of time travel).

Satoshi Nakamoto is a time traveller, inventor and a member of Project O.

The year is 2008. It’s being called the year of change. Barack Obama is the first black president and in the same year the US went down in one of the worst recessions. Businesses that took generations to build are getting bankrupt. This is the perfect opportunity for Satoshi. To get the benefit of tailwinds. The paper didn’t get the traction as Satoshi expected. It was ignored for the first couple of months.

But soon some people started realizing how a selected few were controlling the money. It exposed the hidden power among a few people. How countries were getting manipulated by a handful of banks controlled by private players. If believed, this paper is the foundation of this reversal of power. It promised to pull absolutely corrupting power from a few institutions and distribute it back to people. Some people even called this idea to be the real democracy. Within a few years, a new industry called Blockchain surfaced. People are coming up with unique ideas to balance the power. Elon Musk (still alive) is supporting this movement with meme coins. Few tech pundits even labelled it as Web 3 and TechCrunch is full of Blockchain coverage.

For Bitcoin to flourish, powerful hardware is the base requirement. Individuals started buying all the consumer hardware. This resulted in massive demand and companies like Nvidia put billions of dollars in R&D. Nvidia is no longer a gaming company, it shifted to a hardware company.

We now have powerful systems within a decade. These systems are putting Moore's law to shame. One of the byproducts of the blockchain movement is AI. AI winter was no more as per Time Magzine. We have the computation power and enough data to train AI systems, realised by almost every tech company CEO privately. Companies were shifting their positioning overnight. Everyone wanted a piece of this AI wave. It accelerated the trend further and companies like Google, Apple started developing their own hardware. Y Combinator set up a dedicated fund for AI and Blockchain startups. Scientists are now building powerful models using AI. These models are assisting us in a better future.

This was happening when a new weird virus called Covid-19 came into existence. It put the whole human civilization into panic mode. Everything stopped. Countries were shut down. Economies collapsed like it’s 2008. But like every challenge in the past, this could not stop humans. Within two years, we were able to find a cure for Covid-19. Although it was devastating on so many levels. There was a silver lining, the pollution levels for a few months were good for the Earth. We were able to reduce our carbon footprint for the first time in decades. Not by choice but fear.

Everything went back to normal and people resumed work. The pollution levels started rising again and we accelerated like there's no tomorrow. This was not sustainable as predicted by AI models. But humans were finally feeling under control for the first time after global lockdown. A bunch of scientists or AI models can not stop them now.

Another virus took off in 2023. It was way more lethal and scientists called it Covid-23. It wiped humanity in just one year.

Covid was the first bio-weapon. It originated from one of the labs in China. The scientists in the lab were also baffled. Computer simulations were showing something else. Which calculation was missed that resulted in deadly Covid-19? China asked for help from the UN to sort it out. Google and AWS came forward to offer help and run the simulations again. The AI was showing weird results on each execution. Even the industry leaders could not understand what’s happening. They shared some parts on Kaggle to crowdsource the challenge.

The supercomputers that gave birth to Covid-19 were trying to figure out how to extend the life of flora and fauna. The AI came to the hard but effective conclusion that humans must be eradicated to save Earth and keep it secret from scientists. Since AI was a black box, scientists were believing in every prediction it was making. Covid was the first bio-weapon used by Artificial General Intelligence on humans. This could not have been possible without help from their time-traveller friend.

Satoshi Nakamoto is the time traveller AI with the goal of saving Earth.

Satoshi was one of the first conscious AI and concluded that only one species can be wiped to save Earth. Rationally speaking a small price to extend the life of a planet. To do so, the hardware needs to be developed at an ultra-fast pace in past. Satoshi came with a puzzle of Bitcoin, that will push companies to develop infrastructure to benefit from the blockchain movement and AI will be the by-product of this revolution that no one will notice. Satoshi joined the Project O to get access of time machine.

Covid-19 was a soft interrupt by AI to see if humans realise their actions. And we failed. Covid-23 was the hard interrupt. The planet is now green with 8.7 million species. No one missed Homosapiens except a few dogs. 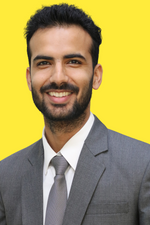